Just a note to say that I'm alive.  This is however the first and only weekend I've been free to work on the game.  So I knocked out the rest of the boss animations.  Got to play with boobs, always a good time.  =)  Something about making them bounce just slightly out of phase with the rest of the motion really makes the animations 'pop' to me.

Not really much else to say.  Busy busy.  But there's hope things will return to a more normal state in the not too distant future.  Til then, I'm hanging in there.  Hope y'all do the same. 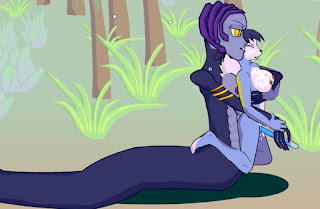 So, the first few days this month actually looked pretty good.  Was making good progress, got the four boss poses set and ready to start animating.  And then *boom*.  Family, Hospital.  To say that it throws your life out of whack is an understatement.  I'm glad to say that it looks like they will be fine.  This month's progress though, not so much.  On the upside, when I have been able to work on the game, it's been a great distraction.  So the steady drip of progress continues.  Like water torture.  =P

Equally novel, last month I mentioned how my Patreon only billed at the end of the month.  So if you wanted you could pledge, download all the content, cancel your pledge, and not have to pay.  Patreon's work around to prevent this is called 'charge up front', or something like that.  But it's not available to all creators, it's a special feature you have to earn by reaching a certain donation threshold.  Or was anyway.  Couldn't have been but a day after my last post, and Patreon lets me know that charge up front is now available for all creators.  Which is nice and all, but I had delusions I might actually hit that threshold someday.  Ah well.  No plans to switch over anytime soon, but probably will someday.  Also, consider this a public notice, as I imagine charge up front is going to be standard for most Patreon creators.

July Mini Update - Yes, I know they look like sperm. 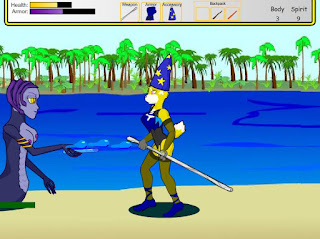 This month I've continued working on putting the Naga boss into the game.  She now walks (slithers), has her first attack, and generally acts stable like a good monster should.  No grapples yet, but that's always the slow part.

Adding the attack animation for the water wand was MUCH slower than I anticipated.  Although not entirely my fault this time.  Whenever I would go to animate the water attack, Flash would crash.  Lost all my progress, twice, because I was stupid and didn't save.  Okay, so that last part is totally my fault.  After the second crash, I said fuck it and went with blue sperm shots, er, I mean water droplets.

So, I'm sure many of you are wondering when's the next public demo?  Okay, that's a lie.  You all know you can get the game now by pledging to be my Patreon for a day and then cancelling before they charge you.  But for the one guy who doesn't do that, hey, I'm working on it.  hahah.  Getting this boss done will put me a helluva lot closer.  After this, there's a couple of sexy scenes I want to add, and a lot of tidying up, at which point this half of the final act should be done.  So, maybe end of the year?  We'll see.

Trying to stay in the habit of making a monthly post, as it keeps me slightly more accountable.

This month my goal was to draw and animate the basic motions for the Naga boss.  I succeeded in the first goal.  Which doesn't sound like much, (and I guess it really isn't), but given how much I drag my feet on drawing anything, I'm actually pretty glad with this minimal progress. 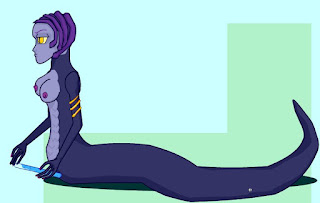 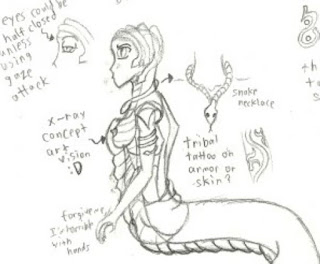 So without further ado, here's what I expect you'll be "fighting" shortly.  As with everything I draw, I'm both glad with how this turned out and simultaneously frustrated that it's not better.  I think I understand why artists are always moody.

And special thanks to the original fan who drew the concept line are for me.  Axel, if you're still out there, thank you.  I know it's been years since you drew your sketch for me, but like everything on the internet, it hasn't gone away.  Hhaha. 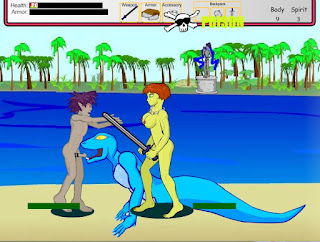 Nice thing about trying to capture in game images while playing is I often get some real gems.  I feel real bad for that elf once the naga chomps down.  Going to leave a mark.

Sad to say I didn't really get much done this month.  Those of you on my Patreon know I had planned to have something up early this month.  I really should stop planning, it never works.  Instead I've only just recently been able to get free to work on this again.  But rather than skip two months in a row, I wanted to post 'stuff' even if it's small, and try to get back in the groove.  We'll see how that worked soon enough.

On the upside, I did finish the third and final stone statue.  It's in the background, did you even notice it?  I've greatly over-sized him to help, which I'm not sure is a good idea.  Figured I'd post a picture so I could have something to ponder.  As I'm typing this, I think a more normal sized statue with some back-lighting would work better.

I also believe I finally found a work-around for the frame rate issues that were plaguing the main boss's area.  Every single tree was an individual item placed in the background.  Now, I assumed that once the background was drawn, it was 'done', but apparently Flash still keeps track of each individual item.  Anyway, I combined them all together, and the problem seems to have gone away.  Will suck if I ever decide to modify that background, so it had damn well better be right.  hah.

Anyway, that's all for today.
DirtyC101

So just like I said, I've been away and busy almost all month.  No progress to report.  If anything, "the busy" has gone on longer than expected.  I hope it all slows down soon so I can get back to my game.  We'll see in a few days.

I like Cock Hero videos.  I won't say they're my fav or anything, but if I find a new one, I'll at least take a minute to check it out & see if it's my thing (seriously, why do so many of them drop the original audio?).  Fap Instructor is kind of like a build-your-own Cock Hero.  You give it some rough limits & it builds a metronome for you that raises & lowers in speed.  It also lets you type in your favorite tumblr artist and it will pull random samples from their feed as well.  Honestly it's pretty limited, as there's no beat bar and it has no way of syncing with the action on the screen.  But I still found it to be pretty good for what it is.  Better than the sum of its parts, as they say. 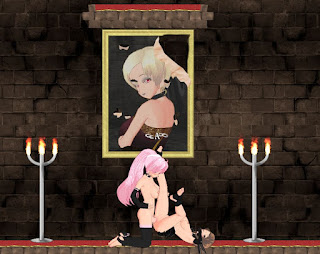 Toffi is one of my favorite game makers.  He's been away for a while, but he's quietly returning and  with a new game demo.  Game is called Fallen Angel.  Getting the "full" demo currently requires a one dollar donation to his Patreon page.  Seems to have lots of running around, combat, and sex.  So yeah, it's a better version of what I'm try to do with my game.  haha.  It's more of a platformer (think Castlevania) and the heroine is a futa.  So long as those aren't deal breakers for you, then it's probably one to check out now.  Or at least bookmarks until he releases a free demo.

That's all for now
DirtyC101 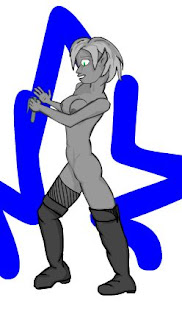 So, the more I draw, the more I both love & hate drawing.  Drawing is fun.  Drawing WELL is... less fun.  And I'm drawing to create fap material, so it needs to at least be decent.

My current task has been drawing some new characters who will appear in the backgrounds.  They're in that middle range where they still need to look ok, but I don't have to give it my all, as they aren't involved in a sex event.  And man, I think that middle ground might be even worse, as I try to take it easy, and end up re-re-re-doing my work.  Her rear hand took two full sessions of erase-and-start-over, I think if I had tried to do it the 'right' way it would have been faster.

But the part that really gets me is she's supposed to be holding a broken wand.  Is that what you saw?  It looks more like a test tube to me, or perhaps a used condom.  Both of which I suppose would fit here too, I mean, it IS a sex game, but that wasn't what I was going for.  Ah well.  I'll file that away as something to take another swing at.  Later.

I'm away on vacation for the first half of April, so don't expect an update next month.  Should be back in May though, hopefully with more to show for it.  haha.  Yeah, I wouldn't count on that either.  hahaah. 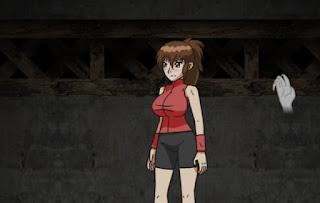 I haven't done this bit in a while, but one of my favorite devs just released a new game called Ghost Hunter Vena.  You can check out Vosmug's work here.  Not going to lie, his game is WAY better than mine, and yet I didn't really love this one either.  I think it's too good of a game, so I find myself keeping my pants on.  Which, I mean, that should be high praise.  And maybe it is?  I dunno.  Let's just say he's working on adding a gallery, which normally I despise, and yet I'm looking forward to it this time around.